The Belleville High School Mock Trial Team completed against six other teams on Saturday, February 10, at the Rock County Courthouse. This event has been put on by the State Bar of Wisconsin since 1983. Coach Kallien and Attorney Michael Steckelis led 11 team members who played alternating roles of prosecution and defense against teams in three different rounds. Other students served as witnesses in the trial. Three real lawyers in each court room took on the positions of judge and jury.

The 2018 Case Summary revolves around the following scenario:


A big company called Dig Deep comes to town to create jobs by mining for iron. Local activists protest Dig Deep and the damage they are causing the environment. When mining equipment is sabotaged. Dig Deep calls foul on the protestors. Who is to blame for the damages: the protestors, or Dig Deep itself? 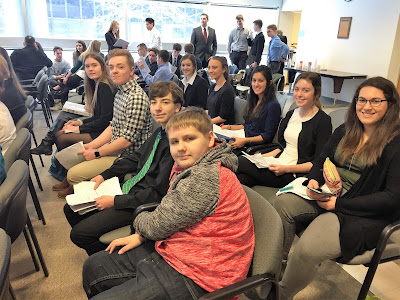 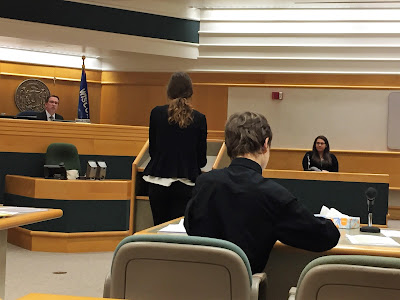